2022 marks the 50th Anniversary of the very first NAMBA Nationals event. This celebration will be hosted at Roberts Lake in picturesque Seaside California by Central Coast Model Boaters providing a unique destination event for spectators and participant. 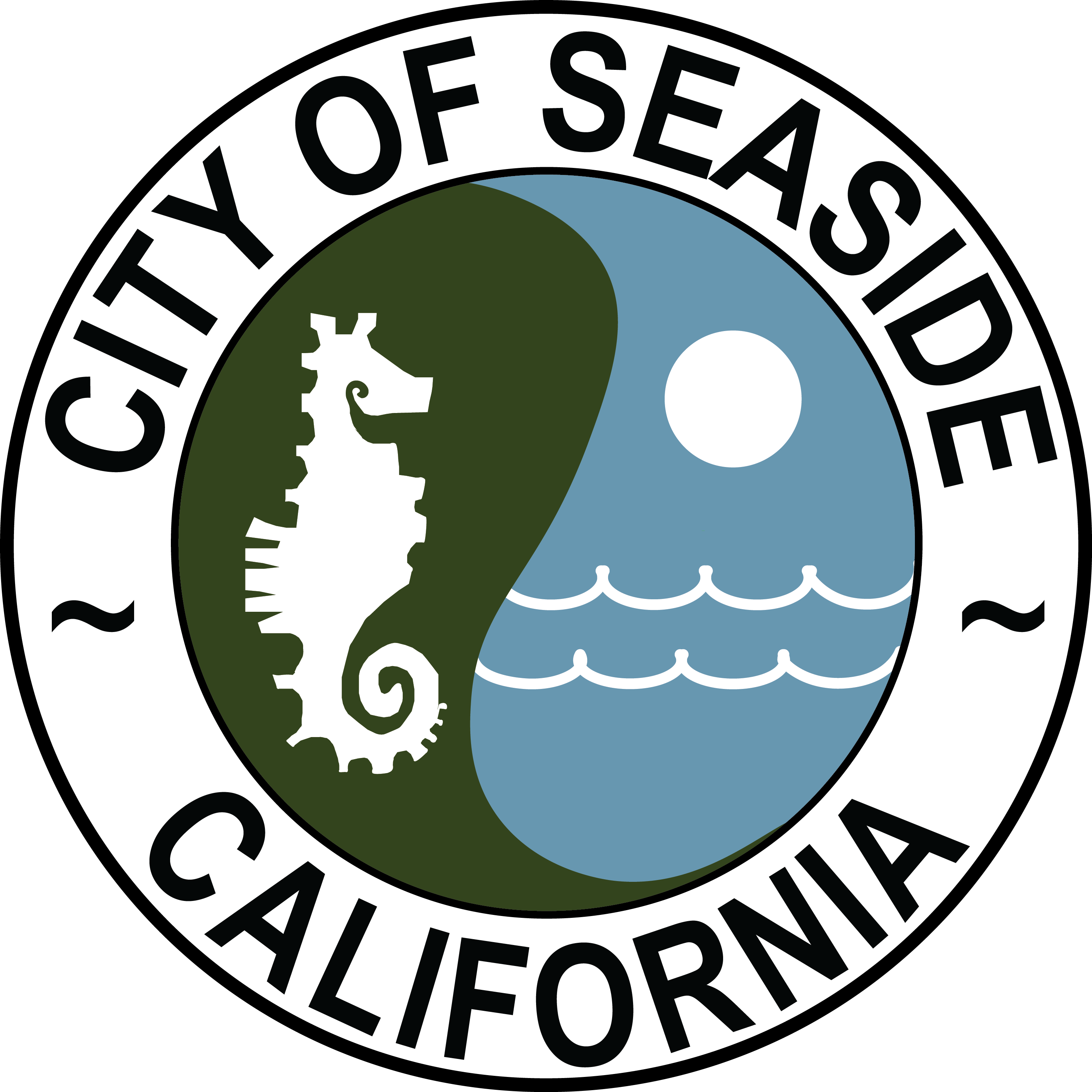 The City of Seaside is an ocean-side community that overlooks the beautiful Monterey Bay on the Central Coast of California, approximately 115 miles south of San Francisco.

Seaside, formerly East Monterey, is a city in Monterey County, California founded by Dr. John Roberts of New York. It. It was the former location of the former military base Fort Ord. Seaside was also the home of NFL player Tony Curtis and football coach Herman Edwards, Jr.

Located on the Monterey Bay coastline, the city boasts of a cool Mediterranean type climate, strongly influenced by the prevailing winds from the west, which blow over the Pacific Coast’s cool ocean currents from Alaska. With an average daily temperature of 70 degrees in October, Seaside makes for a pleasant day at the race or out and about enjoying the many tourist attractions.

Like so many other ambitious pioneers in the late nineteenth century, Seaside’s founder, Dr. John Roberts left New York in 1887 for California and settled near relatives in Pacific Grove. He and his uncle bought 160 acres from the David Jack’s Corporation. In 1910, as Monterey County Supervisor, Roberts successfully lobbied President Theodore Roosevelt to locate the US Army Base for Ord in Seaside. This base housed over 20,000 infantry members and civilian workers.

Seaside’s convenient location gives residents and visitors an opportunity to experience all of the amenities that the Monterey Peninsula has to offer from wine tasting to whale watching… and everything in between. Explore the breathtaking beauty and abundant sea life of the Monterey Bay by Hiking, Biking, Kayaking, Parasailing and Scuba Diving. For Land lovers there’s world class golf at the immaculate Bayonet and Blackhorse Courses… or if you prefer, just take a stroll down the pristine Seaside Beach and wiggle your toes in the sand.

Roberts Lake was once a tidal estuary, but development and fill for the coast highway cut off ocean influence. Still the lake is visited by waterfowl year-round. The freshwater lake is named for Dr. John Roberts, one of the founders of Seaside.

Robert Lake is no stranger to the National Championships. It was was first held in 1977 and again in 1992. Many great racers have come from the Roberts lake including past Multi-National Champions Mr. Bill Webster and the entire Power Family of Howard, Beverly and young girl, Jennifer Power. Roberts lake is looking to spawn a generation of champions this year however so the best is yet to come. 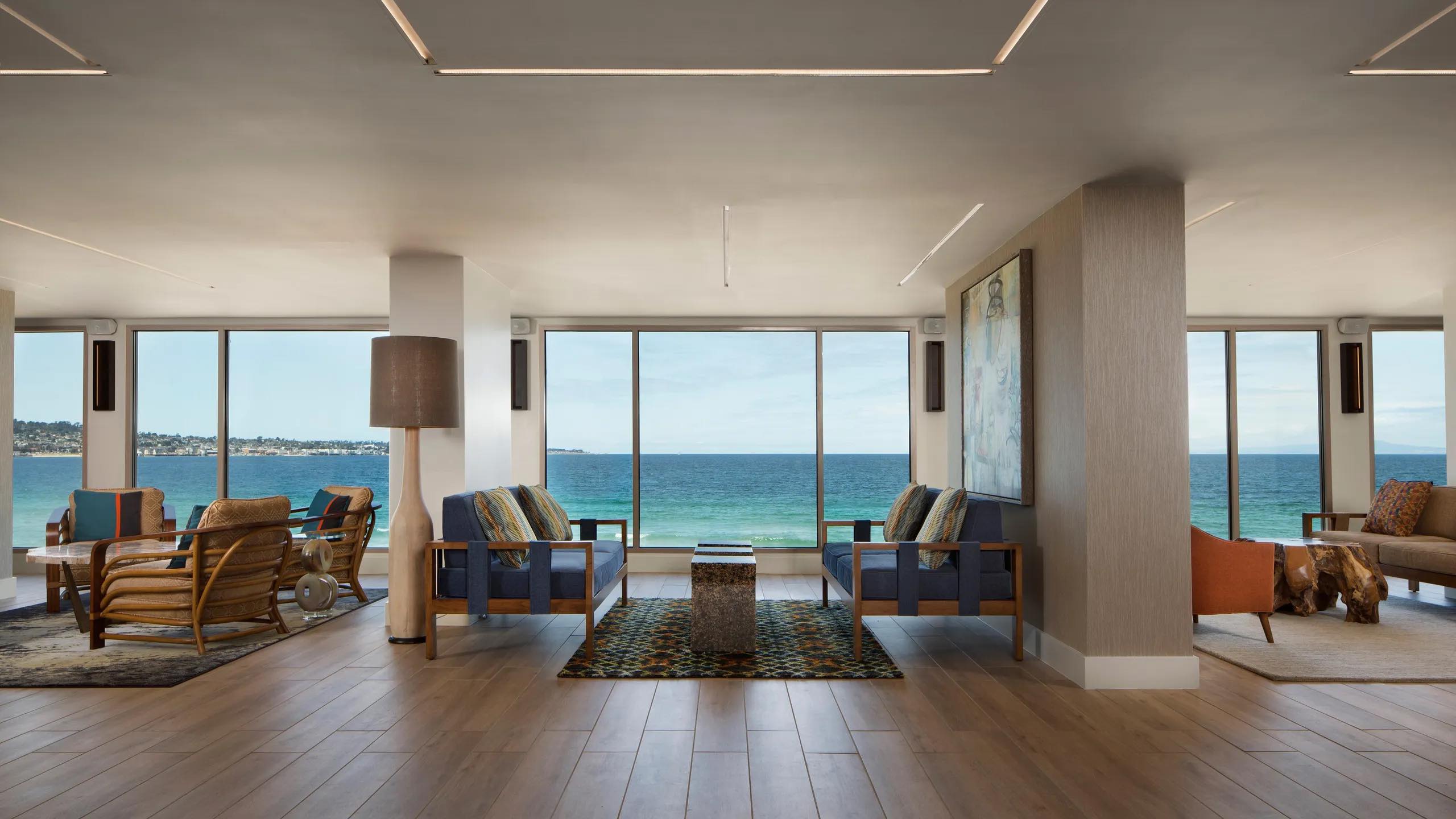 Choose from Inland View King or Inland View Two Queen for $159 per night
Upgrade to Partial Ocean View for $189 or Deluxe Ocean View for $239. In order to upgrade, please call the hotel number and choose Option 2 to speak with Sales. If asked about adding $20 per day for parking, please decline as it is included in the group package. Prices represent up to two guests in a room. Rates will be slightly higher if 3-4 in a room.

Your favorite California escape shines a little brighter when it comes with a privately owned beachfront and a heated outdoor pool, onsite bike rentals and s’mores kits for the bonfire. Welcome to the quintessential Monterey experience.

Reflect on the day’s adventures – and fuel more plans for tomorrow – in boutique rooms that offer your choice of deluxe oceanfront views or peaceful inland vistas. Let your vacation vibe get nice and cozy.

For unwinding and fine dining, relaxing and rejuvenating, sandcastles and sunset cocktails, your favorite California escape awaits at this beachy boutique hotel. The only Monterey hotel with a privately-owned beachfront, our glass-enclosed lobby instantly treats guests to intoxicating bay and ocean views. 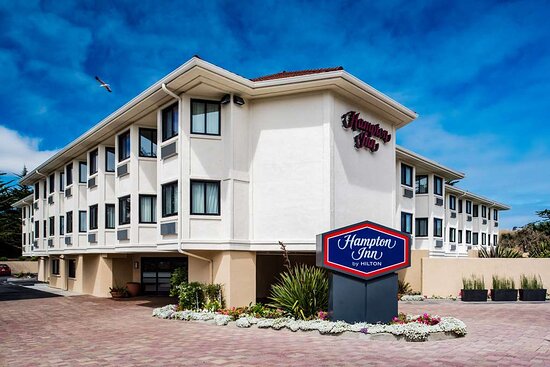 Close to the airport, boutiques, and beaches

We’re off Route 1, less than a mile from Del Monte Beach, and five minutes’ drive from Monterey Bay Peninsula Airport. Monterey Bay Aquarium, shopping and dining at Cannery Row, and Old Fisherman’s Wharf on the Monterey Peninsula are all less than 10 minutes away. Enjoy daily free hot breakfast, free WiFi, and our fitness center.

Because it’s never all about the racing, participants and their families are encouraged to come join us at three very special events that occur during the week of the 2022 50th Anniversary NAMBA Nationals. 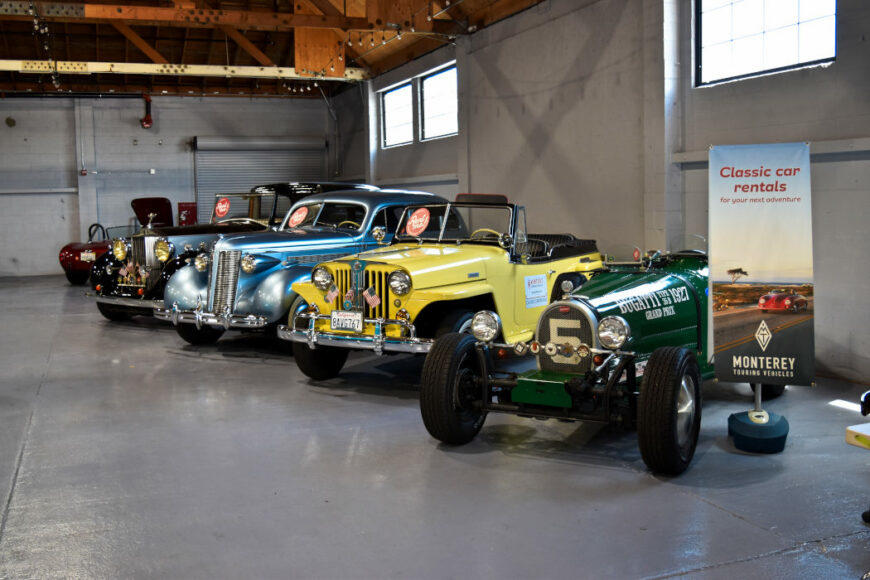 Hosted by and at Monterey Touring Vehicles, the welcome party will feature burgers, hot dogs, and all the fixings within a warehouse filled with iconic classic cars from the 1927 Bugatti to the 2008 Tesla Roadster. Live music will be coming at you courtesy of Proper Villans.

This event carries something even more unique. There will be a raffle for a half day of one of these beautiful machines sponsored by Monterey Touring Vehicles. What a perfect way to enjoy part of your Wednesday when racing pauses and you have a chance to take in what the Monterey Bay Peninsula has to offer. More details soon.

Always a fun and exciting evening, the Paddleboat BBQ blends spirited racing of a different kinds with food and create conversation with friends. Held at the race site, the Paddleboat Party will feature amazing BBQ and action-packed Paddleboat Racing!

Paddleboat Racing has become a tradition at the NAMBA Nationals. Racing will include the Gary Johnson Sportsman’s Class and a Modified Class.

The rules for each are given below:

Only those boats purchased at the present or past NAMBA Nationals are legal.  These paddleboats may not be modified in any way.

Construction Guideline for these boats:

NAMBA Nationals paddleboats may be decorated to add interest and individuality. Such decorations may include team names, colors, logos, or NAMBA number for easy identification.

No slippery stuff will be allowed on the rubber bands or boat’s bottom.

Number of boats in a heat will be determined by the Contest Director with lake or pool size in mind. First one to cross or hit the finish line will be the winner. Double elimination style racing is recommended.

Trophies will be awarded based on the number of entrants.

Once all the racing is complete it’s time to celebrate at the Nationals Awards Banquet. The banquet room at the host hotel, Monterey Tides, features a beach view creating an amazing setting to settle down, enjoy the company of our friends, and hand out some awards recognizing the successes of the week.

NAMBA International is a non-profit association of radio-controlled model boat clubs. A President, Vice President, and a number of District Directors are elected by the members, and serve a two year term. The President also appoints knowledgeable chairmen in such areas as Electric, Offshore, Sport Hydro, Outboard, and Unlimited Hydro.

In 1959, the Westcoast Council of Model Boaters was formed. This group of boaters raced under the basic rules of the International Model Power Boat Association, and obtained insurance through the Western Associated Modelers (WAM), headed up by Don and Myrtle Coad. During 1969-1970, a group of these West Coast boaters saw the need for a new, national R/C boat association. Working in conjunction with WAM, Steve Muck called and organized the meeting with Bill Young of Bakersfield setting up a committee consisting of Ira McKay and Jim Riccio of Arcadia, Sally Stewart Komich, Russ Kominitsky, Wally Stewart, and Bill Young of Bakersfield, and Griff Parker of San Diego. They met on many occasions in Pasadena, decided on the name of North American Model Boat Association (NAMBA), and proceeded to come up with a basic set of rules, copies of which were sent to everyone who had indicated a desire for the national organization. From the replies received came the first official set of rules. NAMBA was enthusiastically adopted under the auspices of WAM by Executive Secretary, Myrtle “Mom” Coad. To give the West Coast group a national feeling, Gary Johnson, formerly of California but currently living in Honolulu, HI and racing with the popular “Hawaiian Horde,” was appointed as the first President by the original committee

“Mom” Coad remained in the position of Executive Secretary until late 1988, when she decided to retire. At that time, Cathie Galbraith of San Diego, CA was appointed to take over the duties of this position, and is still serving in that capacity.

Ten years after the founding of NAMBA, the NAMBA Hall of Fame was introduced to honor those who had unselfishly contributed towards the growth and improvement of NAMBA over the years.

Each year, NAMBA holds a week long regatta in a different locale, so that all members may have the opportunity to participate with competitors from all over the country and the world. Past Nationals have been held in the California cities of Los Angeles, San Diego, Camarillo, Seaside, Sacramento, and Manteca. Texas has hosted the Nationals in the cities of Amarillo and Fort Worth, while Washington provided racing venues in Seattle and Tacoma. Other cities which have hosted past Nationals include Tulsa, Oklahoma; Baltimore, Maryland; Reno, Nevada; Naples, Florida; Vancouver, British Columbia; Newark, New Jersey; Wichita, Kansas; Springfield, Virginia; Bristol, Pennsylvania; Springfield, Oregon; Greeley, Colorado; Carlsbad, New Mexico; and Sayerville, New Jersey. This year’s Nationals marks the 34th time that the NAMBA Nationals have been held, the first being in Los Angeles in 1972. This year’s Nationals is being held in Rollingsford, New Hampshire.

With the increasing interest in electric racing, it was decided almost ten years ago to host an all Electric Nationals each year. This event was first held in New Jersey in 1996. It has since been held in Seattle, Washington, Los Angeles, California, Anchorage, Alaska, once again in New Jersey, and twice in Florida. In 2005 this event makes its debut in Milford, Michigan. This event is drawing more and more boaters each year.

Our fifty-one year history is one of tremendous growth for NAMBA…from West Coast to National to International interest and participation. We eagerly anticipate equal growth in the coming years. We know that with model boating and with NAMBA, THE BEST IS YET TO COME!

For more information about NAMBA, or for a membership application, contact: